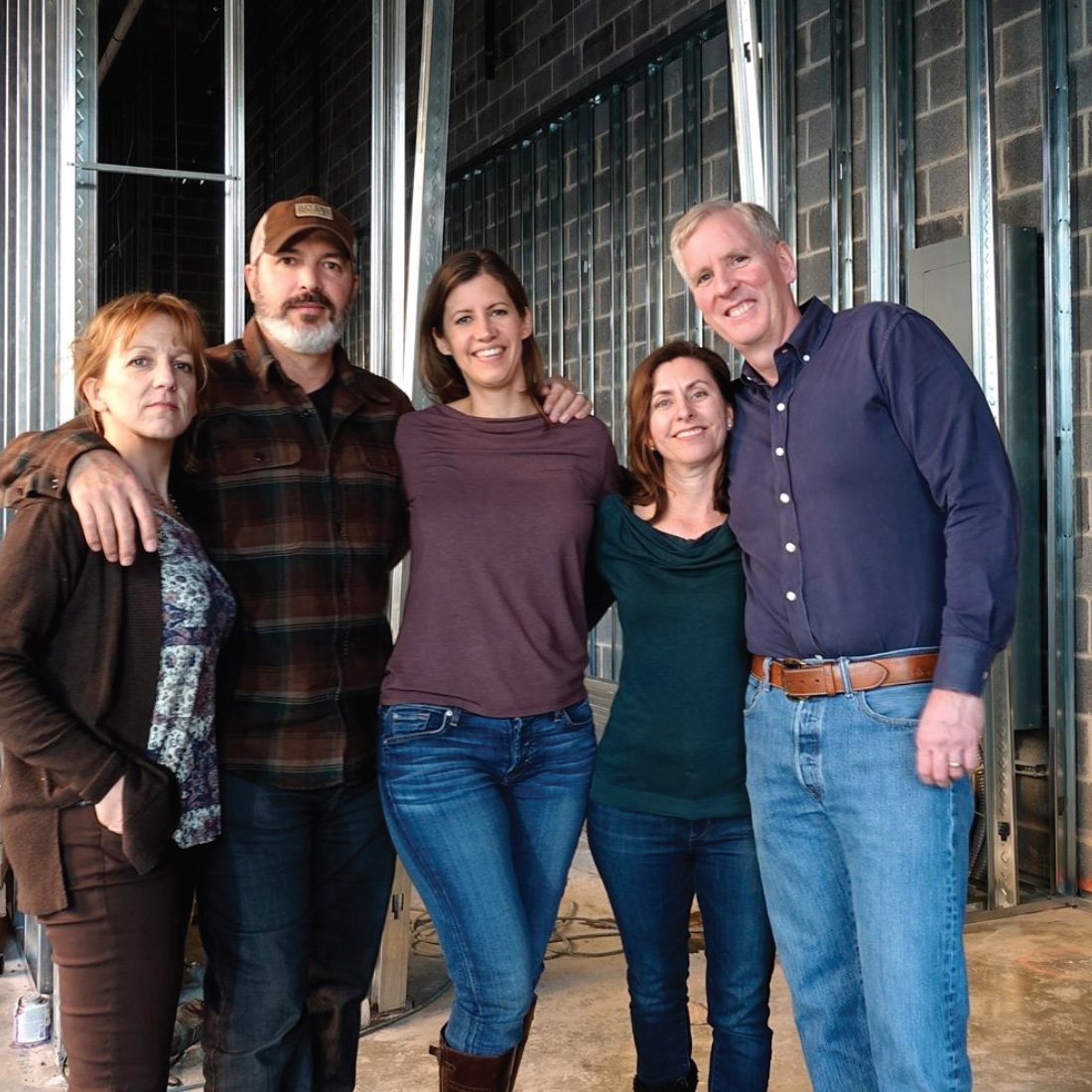 While Good Company Doughnuts & Cafe is technically a startup, it is grounded in the rich history and experience of the Murphy family dating back to the 1960’s and set in a small town in Florida. The original Mr. and Mrs. Murphy, Earl and Shirley, raised their family on a small farm in Connecticut, but the long New England winters took their toll. In 1961 they sold the family home, said goodbye to family and friends, and headed south with no specific plans for the future. They literally packed up their belongings and youngest child and set out on an adventure that they could not have known we would be talking about today. The Murphy’s had no idea where they were headed or what they would do when they got there, but their strong entrepreneurial spirit showed them the way. In 1962, Earl and Shirley opened the original Mrs. Murphy’s Donuts in Jupiter, Florida which, began a legacy of several successful shops that would follow from Florida to Massachusetts, to Vermont, and New Hampshire; all created on the founding core principles of Quality, Community, and Family.

Jim and Kate Murphy carried on the tradition and successfully owned/operated Mrs. Murphy’s Donut Shop in Jaffrey, New Hampshire for nearly two decades until health issues forced them to sell the shop in 2003. For 17 years, the Mrs. Murphy’s sold over 800 dozen doughnuts weekly, provided a place for family and friends to gather, nurtured countless friendships, served and supported the community. Jim’s brother Earl and his wife Rose Murphy own Mrs. Murphy’s Donuts located in Southwick, Massachusetts where, alongside their daughters, earned National recognition for excellence from established media outlets including NBC Nightly News, Huffington Post, and Saveur Magazine while working to become a staple in their community for over 40 years.

Fast Forward to 2009 when Kate’s brother Charlie settled in northern Virginia, where he immediately noticed the DC area could use a Mrs. Murphy’s; the harassment and encouragement to open a new shop commenced. Having grown up in a very tight family, Kate and Charlie always dreamed of going into business together; a dream that only grew stronger with the early passing of their father Paul. Kate entertained the idea and began thinking about relocating to Arlington, Virginia to start the new all-day cafe. Meanwhile, Charlie met, fell in love with, and married Melissa Mason, who grew up in Rockville, Maryland, after a love of food and cooking brought them together (their first date was a cooking class). What started out as a hobby, cooking adventures at home and wonderful restaurant experiences, led to Melissa discovering her passion for baking and Charlie making the decision to realize a dream and follow in his father’s footsteps (Paul Kachadoorian was the chef-owner of The Iron Rail in Boston, MA in the 60’s). The team was starting to come together.

Finally, in 2016, after his second deployment to Afghanistan in as many years, and many previous deployments abroad for the Department of Defense in service to our great Nation, Charlie finally convinced Kate to throw everything to chance, pick up and move to Arlington, Virginia with her family to open the cafe. Melissa, who served the Department of Defense for fourteen years, supported the idea from day one, enriched the concept by applying her talent for baking and showed amazing courage to stomp out any doubt. From the moment Melissa and Kate made the decision to open Good Company, everyone from young Isabel in elementary school, to Christian and William in high school, to Lily and Paul in college, our parents, brothers and sisters, family and friends, supported the dream and helped open the cafe’s doors. It took another two years to locate the right space in our wonderful community in Ballston where we found our home at 672 Flats on the corner of Carlin Springs Road and North Glebe Road.

At this point we were headed in the right direction, but the final piece of the puzzle to fall into place was the addition of Tim Terry to the project. Having spent over 23 years as a Navy Mustang serving around the globe, Tim developed a great sense of humor and passion for his country, his family, his friends, and his northern Virginia community. Tim sees Good Company as another way to serve (literally!) his Northern Virginia neighbors and support the community. Creating a unique neighborhood all-day cafe, a place where the doughnuts, coffee, and food are made with love, where all are valued and invited to share in Good Company’s hand-crafted delicacies and hospitality – is a dream come true.

It is with great pleasure that the Good Company Doughnuts & Cafe’s co-founders open our doors to the community to share the food we love with the amazing Ballston community.